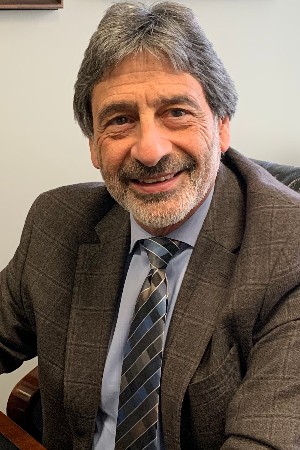 In the early years…

Born in London, England, Maurice came to the United States at the age of four years when his parents emigrated to the United States.  He grew up in New York and Detroit, Michigan.  Maurice proudly became a naturalized citizen when he was twelve years old.

Maurice attended a private primary school that focused on English and Hebrew curriculum.  Maurice fell in love with debate and was part of his high school team in high school. In addition, Maurice was active in his synagogue youth organization and the United Synagogue Youth Organization.

Maurice began his college years by studying abroad at the Hebrew University in Jerusalem.  He finished his undergraduate studies at the University of Michigan with degrees in Political Science and History.  He graduated from Thomas M. Cooley Law School in Lansing, Michigan.

Maurice has been married to his wife, Sally, for more than 42 years.  They have three incredible grown children and have been blessed with three grandchildren (so far).   Maurice treasures the time he can spend with his family.  Maurice enjoys music, playing golf and snow skiing.

After graduating from law school, Maurice moved to Dallas, Texas and worked as a paralegal while studying for the bar exam.  Maurice has extensive experience in Litigation, Corporate, Consumer, Probate and Real Estate law.

Maurice has considerable experience in Probate law, which includes temporary, dependent and independent administrations, guardianships, estate heirships and preparing wills and trusts, powers of attorney and other estate planning documents.  He is also certified as an Attorney and Guardian Ad Litem.

Maurice has broad experience in Corporate and Transactional law, which includes preparation of formation and transactional documents.