What makes a will valid in Texas?

A last will and testament is a foundational component of any estate plan. While many people believe that a will simply details how assets will be distributed after their death, the document has many other purposes. It allows an individual to designate an estate executor, choose guardians for their children, and delegate the power of attorney to a trusted friend or relative. Since wills can have profound impacts, both in life and in death, it is important to understand which requirements a will must meet to be considered legal in Texas. 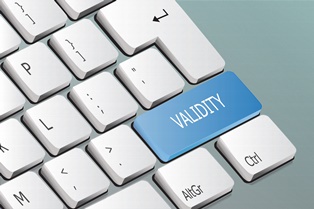 Texas, like most other states in the country, permits people who meet a certain, basic threshold to create a will. To demonstrate legal capacity, a person must meet at least one of the following criteria:

Most people who meet the above criteria can write a will.

While most adults have the legal capacity to write a will, they must also understand what they are doing when they draft one. If somebody is elderly, incapacitated, or under undue influence, their will may be found invalid by a probate court.

Showing testamentary capacity and intent requires that an individual:

In other words, a person drafting a will—or signing a will that an experienced estate planning attorneys helped create—must be able to understand what the will does, who will receive the assets cited in the will, and that they have created a document to dispose of their assets after death.

If a testator lacks testamentary capacity and intent, an heir or prospective heir could challenge the validity of the will in probate.

The Different Types of Will

Anyone seeking to write a valid, legal will in Texas must also follow the state’s formal requirements for drafting one. Texas recognizes two different types of will:

Texas residents may also insert a “self-proving” affidavit into their will. A self-proven will is one which eliminates the need for witnesses to verify the validity of a will in probate. In order for a Texas will to be self-proving, it should be accompanied by an affidavit which is signed by the testator, at least two witnesses, and a notary.

However, anyone seeking to challenge a will must demonstrate their stake in the estate. Texas’s probate code recognizes the following as valid grounds upon which to contest a will:

In general, the person seeking to challenge a will has the burden of proof to demonstrate that a will is invalid.

What Happens If a Will Is Found Invalid

If a will does not meet the legal requirements and is found invalid by a probate official or after a challenge, the decedent’s estate will be distributed according to Texas’s intestacy statutes. In effect, a Texas probate judge would follow a pre-determined legal formula to decide how the estate’s assets will be distributed. This formula tends to favor close relatives such as spouses, children, and parents, but it may disburse assets to more distant relations, too.

This can have major consequences. For instance:

When intestacy proceedings take place, the deceased’s final wishes no longer matter, unless they established a trust or had a comprehensive estate plan intended to remove valuable assets from probate.

How an Estate Planning Attorney Can Help

If you are writing a will or amending an existing one, a Texas estate planning attorney can help ensure that your documents are legally valid and less likely to be successfully challenged in probate. Furthermore, a lawyer can help recommend strategies for people with more complex estates, who may benefit from establishing a revocable living trust or the use of beneficiary designations.

To get help making your legacy more secure, send Smith Klein Law a message online, call us, or visit any of our Dallas, Collin, or Denton County locations to schedule your free initial consultation.

If you have questions about planning your estate, protecting your assets navigating the probate process, or forming a business, complete the form and we'll contact you to schedule an appointment for a free initial consultation.